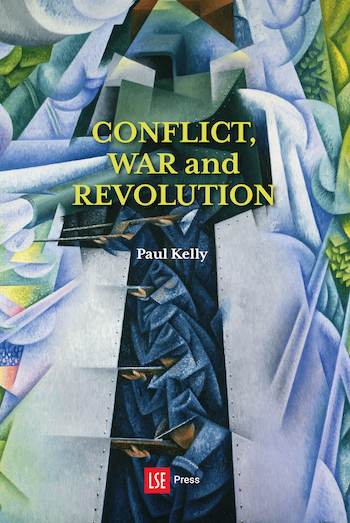 The problem of politics in international political thought

Scroll down to open individual chapters

Violence and war were ubiquitous features of politics long before the emergence of the modern state system. Since the late 18th century major revolutions across the world have further challenged the idea of the state as a final arbiter of international order. This book discusses ten major thinkers who have questioned and re-shaped how we think about politics, violence and relations between states – Thucydides, Augustine, Machiavelli, Hobbes, Locke, Rousseau, Clausewitz, Lenin and Mao, and Schmitt.

Conflict, war and revolution have generally been seen in political thought as problems to be managed by stable domestic political communities. In different ways, all the paradigmatic thinkers here acknowledge them instead as inevitable dimensions of human experience, manifested through different ways of acting politically – while yet offering radically distinct answers about how they can be handled. This book dramatically broadens the canon of political thought by considering perspectives on the international system that challenge its historical inevitability and triumph.

Drawing on history, theology, and law as well as philosophy, Paul Kelly introduces thinkers who challenge fundamentally the ways in which we should think about the nature and scope of political institutions and agents. He illuminates many troubling contemporary conflicts with a critical and historical perspective.

This book is primarily intended for second year and upwards undergraduate students in general political theory and international theory, and advanced international relations students. Each chapter is also downloadable on its own for use in courses considering only some of the ten theorists covered.

Written in an accessible way Conflict, War and Revolution will also interest advanced general readers with interests in the historical thought underpinnings of political ideas and today’s international politics.

"An invaluable resource for scholars and students interested in the relationship between politics and violence. Paul Kelly masterfully reconstructs the ideas of ten key thinkers, and weaves them together in a remarkably cohesive account of conflict as a red line that cuts across traditional distinctions between domestic and international political theory."

"A profound and serious book, exploring how war and conflict have been treated in international political thought. It provides new insights into key thinkers, especially those working in the 'realist' tradition, from Thucydides to Schmitt, and draws attention to the challenges and dilemmas posed by the inescapable role of violence in international affairs."

".. a tour de force. It invites us to reflect on the prevalence of violence and conflict at the heart of international affairs by examining the works of ten thinkers – some familiar, such as Machiavelli and Hobbes, others less so, at least for students of political thought, such as Thucydides and Clausewitz. It is a superb blend of textual study and theoretical thinking. Paul Kelly’s trademark clarity of style and depth of analysis make this a must read, for political theorists and historians of ideas alike."

"A compelling overview of the intellectual and political forces shaping our thinking about the nature of international affairs. For Kelly, international political thought is neither prior to nor subordinate to domestic politics and the primacy of the state. Rather, it is always ‘co-present’ in our struggle to understand the political times we are living in."

"In his careful and considered analyses of the writers who confront the challenges of the prevalence of crisis and conflict, Kelly weaves considerations of the ‘new realism’ in International Political Thought, as well as Arendt’s condemnation of violence alongside Fanon’s recognition of its absolute necessity."

These are words or phrases in the text that have been automatically identified by the Named Entity Recognition and Disambiguation service, which provides Wikipedia (

) links for these entities.

In Conflict, War, and Revolution: The Problem of Politics in International Political Thought – available open access from LSE Press – Paul Kelly offers a rich and engaging introduction to international political thought through ten key historical thinkers. Readers coming to political theory for the first time will find Kelly’s evident enthusiasm for these ideas deeply infectious and this book an exciting entrance to the field, recommends Christopher Finlay. [Read More]

How to cite this book

This is an Open Access book distributed under the terms of the Creative Commons Attribution 4.0 license (unless stated otherwise), which permits unrestricted use, distribution and reproduction in any medium, provided the original work is properly cited. Copyright is retained by the author(s).